Oil & Metals. The cornestone of the economy ahead?

A look over the situation of the metal and oil markets could allow us to foresee what is ahead of the road for the current economy conditions....

What is the outlook for oil and metals? A slumping oil price heading down to the lowest levels this year has overshadowed upbeat earnings from international energy companies for the first quarter. Confidence in Opec’s ability to reduce excess stockpiles and bring to a close the worst price crash in a generation is wavering. Inventories remain bloated, the cartel’s own exports are higher than expected and the US shale oil industry is reinvigorated. Oil ministers from Opec and Russia are expected to renew the initial six-month deal to cut supply at the end of May but the push has failed to support prices that have fallen below $50 a barrel. Efforts to talk up the price have resumed but to what extent will they succeed? “There is still further downside ahead, even if a dead cat bounce can be expected in the short term,” says Alexandre Andlauer, analyst at Alphavalue. Meanwhile, metal prices have slumped 5.4 per cent over the past month, according to an index traded on the London Metal Exchange, driven by tightening liquidity in China and concern over its property market. China is the largest consumer of almost all metals, and over 40 per cent of the world’s copper. The outlook will depend on how far China’s authorities go in tightening off-balance sheet financing and liquidity, which could impact demand as companies struggle to obtain cash. Property investment is likely to be more challenging in the fourth quarter of this year as tightening policies restrain demand in large cities, according to BOCI, a unit of Bank of China. “We expect a more visible slowdown in the property sector in later 2017,” they write. Italy is fine now, right? Earlier this year, the difference in borrowing costs for Germany and Italy crept upwards, opening a gap not seen in more than three years, long before the European Central Bank began to buy the debt of eurozone countries. It has narrowed significantly since, dropping sharply after Emmanuel Macron emerged from the first round of the French election as clear favourite to win the run-off and, at 175 basis points, on Friday the spread between 10-year bonds was the lowest since January. If the fading fear was the danger to the integrity of the euro, were an arch Eurosceptic to win in France, will bond investors now return? Or will attention instead turn to the Italian election which must be held by May next year? A market-friendly reform agenda might ease bond investor nerves, but the country must go to the polls within the next year. The populist Five Star movement retains a sizeable following after a recession in which annual car sales dropped to numbers last seen in the 1960s. If a lack of reform is worrying for bond investors, given the country’s debt pile is more than 1.3 times annual economic output, the prospect of a campaign of radical policy promises could be cause for indigestion. After US jobs data, is recent economic weakness transitory? The line from the Federal Reserve last week was that recent weakness seen in some economic data would prove transitory. After 211,000 job gains for April, albeit accompanied by slower wages growth, the bond market fully expects June will spur another tightening in monetary policy from the Fed. Looking ahead to this week, retails sales and inflation figures are seen supporting the case for a rate shift next month. Longer term, futures markets indicate only around 50 per cent odds for another rate tightening by the end of the year. Having been on the right side of rate calls in recent years, bond traders have lagged behind the Fed so far this year. Three, even four rate hikes for 2017 look a real possibility. Will the Bank of England derail the pound’s rally? Having turned a deaf ear to last week’s hostile Brexit rhetoric, investors look set to break the pound’s $1.30 level. The reasons? Surprisingly positive survey data, and a market that was too heavily positioned to sell the pound. But the Bank of England could halt sterling in its tracks. By the time the BoE meets on Thursday, the post-French election impact on the euro and the post-payrolls effect on the dollar will have played themselves out, leaving the stage to the BoE and the UK economy. Most analysts expect the continuation of BoE caution. Although first-quarter GDP slowed, March inflation was surprisingly strong so these two pieces of evidence may cancel each other out. The market is not anticipating a rate rise until 2019 but there is much for the market to digest on Thursday, especially the quarterly inflation report which will have plenty of new evidence to assess, such as a rising pound, falling oil prices, softer consumer spending, sluggish pay growth and housing activity and steady global growth. Chuck in a slew of data, the focus on the number of dissenters to the “no-change” line and Mark Carney’s post-meeting press conference, and there is every likelihood of a busy week for sterling-watchers — regardless of Brexit battles. 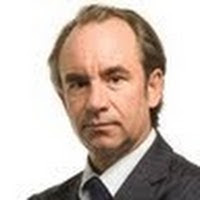 August 11, 2020
“Evolving Sustainable Organizations from Value Chains to Value Networks as the key source of competitive advantage to promote Sustainable and Social Communities through the alignment of Corporate Finance with GreenTech Infrastructures and Social Development". I am one of the Internet Pioneers in Europe and the Founder and Chairman of maat Group (www.maat-g.com), the holding company of one of the most innovative and fast growing independent privately owned Structured Corporate Finance / Technology / Services Group (est. 1999) established around Maat International Group with corporate presence in Europe, UAE, Africa and Asia representing the interest of some international investments coroporations. My leadership and business experience accumulated both in Public and Private Sector marked a change in the pioneering the development of Internet in Europe; Corporate Strategy of Professional Services offering into the Structured Corporate Services (Multilateral Agencies, Investment Funds
Read more